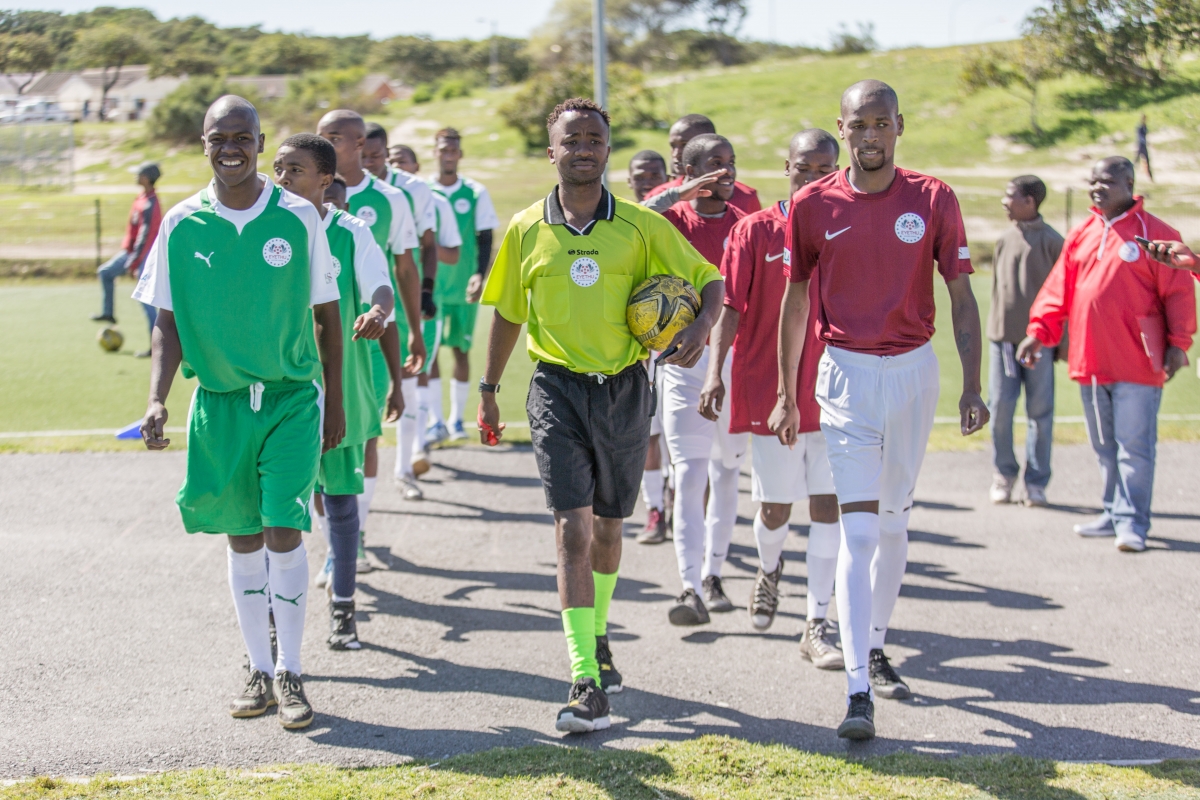 In Africa, HIV prevention has been most successful with women, not men. For example, young, South African men aged 18-29 years continue to have a high incidence of HIV, frequent drug use, low HIV testing rates, concurrent sexual partnerships, and low rates of HIV testing and utilization of medical care. Innovations are needed in how, when, and where we engage men in HIV prevention. With R34 funding, we successfully demonstrated the feasibility of engaging young men with soccer and vocational training to reduce drug use. We randomized two neighborhoods to either: an intervention (soccer and vocational training contingent on behaviors at soccer); or a delayed-delivery control neighborhood. Almost all eligible neighborhood men were recruited (95%; N=142) and 90% reassessed at 6 months. In the intervention condition, 80% of young men regularly attended soccer and 55% earned entry to vocational training. Intervention men completed drug tests at soccer (with uptake rising over time and drug use decreasing), and increased employment over six months, compared to control men. HIV testing did not increase, based only on self-reports. Qualitative interviews of men, coaches, and family members demonstrated the program’s benefits in shifting men’s role in their homes and communities, although attitudinal shifts towards women were minor.

violence/arrests. Stellenbosch University interviewers will conduct assessments at recruitment, 6, 15, and 24 months (using mobile phones). Coaches will implement a Life Skills manual, as well as integrating cognitive-behavioral skills into problem situations that arise at games/practices, and reporting in real time via mobile phones all intervention contacts and content. Qualitative interviews will be conducted with coaches and young men (n=30 at each 6 month interval). If the RCT is successful, global program diffusion is probable by the Fédération Internationale de Football Association (FIFA) with national funding by the South African government NEET (Not in Education, Employment or Training) vocational training program, whose annual funding is typically underspent.

For all pictures of the event, please click here

South Africa to Give Free HIV Treatment to All Infected