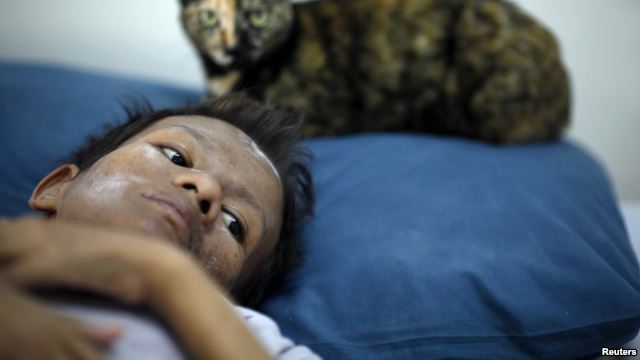 New Rise in HIV/AIDS Cases Among Young in Thailand

Thailand’s young people are facing a new rise in HIV infections – the virus that causes AIDS. Researchers say they are finding it tougher to reach at-risk populations with messages about safer sex.

In a report released Monday, UNICEF says 70 percent of all sexually transmitted HIV infection cases in Thailand are occurring among people between the ages of 15 and 24.

The report says despite a gradual drop in the overall prevalence of HIV in the country during the past two decades, new infections are now rising — especially among young people involved in the sex trade, injecting drugs and young men having unprotected sex with men.

AIDS Progress in South Africa Is in Peril