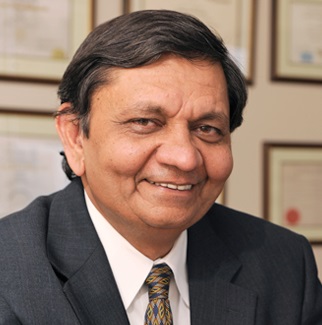 Madhukar H. Trivedi, MD, is currently a Professor and Chief of the Division of Mood Disorders in the Department of Psychiatry at the University of Texas Southwestern Medical Center at Dallas. He holds the Betty Jo Hay Distinguished Chair in Mental Health. Dr. Trivedi is an established efficacy and effectiveness researcher in the treatment of depression. Dr. Trivedi has focused his research on pharmacological, psychosocial, and other nonpharmacological treatments for depression. Dr. Trivedi has been a principal investigator in multiple clinical trials funded through NIMH and the Texas Department of Mental Health, including a NIDA-funded “Stimulant Reduction Intervention using Dosed Exercise (STRIDE)” study that tests the effectiveness of adding exercise to treatment as usual in improving drug treatment outcomes, the Texas Node of the NIDA-funded Clinical Trials Network, and three NIMH grants entitled “CBASP Augmentation for Treatment of Chronic Depression (REVAMP),” “TReatment with Exercise Augmentation for Depression (TREAD),” and “Computerized Decision Support System for Depression (CDSS-D).” He was the Principal Investigator of the Depression Trials Network “Combining Medications to Enhance Depression Outcomes (CO-MED)” trial, which focused on the use of specific antidepressant combinations to increase remission rates by treating a broader spectrum of depressed patients and by capitalizing on additive pharmacological effects. He was also the Co-Principal Investigator of the NIMH-funded project entitled “Sequenced Treatment Alternatives to Relieve Depression (STAR*D).” Most recently, Dr. Trivedi has been selected to lead the team conducting the EMBARC project. This project is at the core of the NIMH’s initiative to identify a biosignature for depression. Dr. Trivedi has published over 380 articles and chapters related to the Diagnosis and Treatment of Mood Disorders.