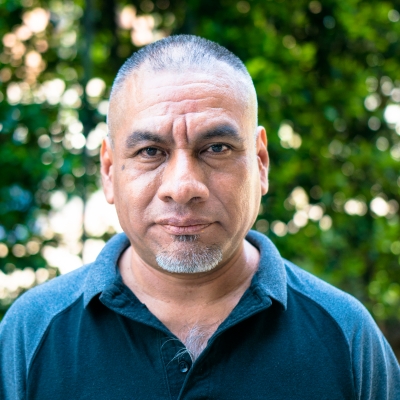 Abad Lopez, originally from Mexico, immigrated to the United States in 1997 and was diagnosed as HIV positive one year later. Since then, he has worked to improve himself in all aspects to overcome barriers such as not being able to speak English, being undocumented, adapting to a new culture, living away from family, and being accepted as a gay man.

Today, he has overcome all of these barriers. Now, he lives and is accepted as a gay man. He is currently involved in clinical trials to eradicate HIV/AIDS. He is enrolled in medical care and is continuously educating himself on HIV/AIDS updates. He is also an HIV Unaffiliated Commissioner representing Service Planning Area (SPA) 2, a CAB member for the UCLA Care Center, the Prevention CAB, and now CHIPTS CAB. His immigration status has been changed and he is constantly working towards improving himself more.