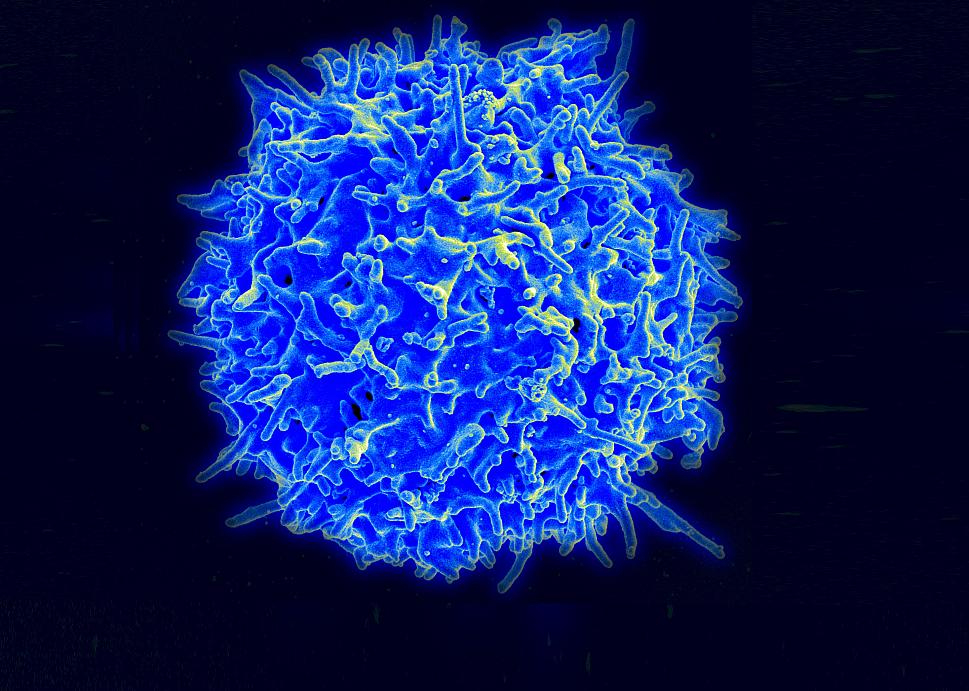 NIH clinical trial is testing antibody against the protein in people with HIV.

For the first time, scientists have shown a relationship between the proportion of key immune cells that display high levels of a gut-homing protein called alpha-4 beta-7 at the time of HIV infection and health outcomes. Previous research illustrated this relationship in monkeys infected with a simian form of HIV.

The new study found that women who had more CD4+ T cells displaying high levels of alpha-4 beta-7 on their surface were more likely to become infected with HIV, and the virus damaged their immune systems more rapidly, than women with fewer such cells. The National Institutes of Health co-funded the study with the South African Medical Research Council as part of the U.S.–South Africa Program for Collaborative Biomedical Research. In addition, NIH scientists collaborated on the study. The report appears online today in the journal Science Translational Medicine.