In Kenya 1.5 million people are living with HIV, and there are about 100,000 new infections every year. Despite this, some sex workers are having unprotected sex – and taking 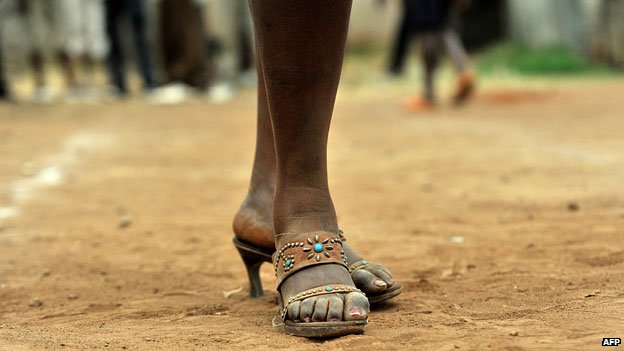 antiretroviral drugs afterwards to cut the infection risk. How reckless is this?

“Let me tell you the truth about why many of us don’t use condoms,” says Sheila who has been a prostitute in Nairobi’s Korogocho slum for six years.

“We don’t have money, and when you meet a client who offers to give you more money than you usually get, you have sex without protection even when you don’t know his HIV status.”

Sheila says she and other prostitutes can go to a clinic the next morning to get emergency antiretrovirals – drugs which suppress the virus, if taken within 72 hours of infection, and in many cases stop its progression.

The type of antiretroviral in question is known as post-exposure prophylaxis, or PEP.

It is intended to be used in emergencies. For example, it is given to victims of rape if their attacker is thought to be HIV-positive, or to medics who have been pricked by a potentially infected needle.