Home / News / Risk of Acquiring HIV Increases During and After Pregnancy, Research Suggests 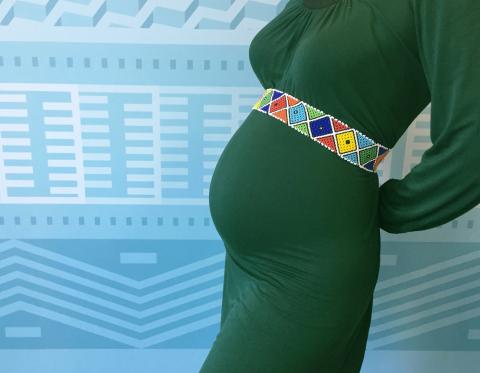 Risk of Acquiring HIV Increases During and After Pregnancy, Research Suggests

This article originally appeared on NIAID; you can see the original article here.

A woman’s risk of acquiring HIV through sex with a male partner living with HIV increases during pregnancy and is highest during the postpartum period, new research funded in part by NIAID suggests. Researchers observed this trend of increased risk of HIV transmission per sex act even after taking into account behavioral factors, such as use of condoms or pre-exposure prophylaxis (PrEP). The findings suggest that biological changes during and after pregnancy may increase a woman’s HIV risk.

Renee Heffron, PhD, MPH, of the University of Washington will present the results at the Conference on Retroviruses and Opportunistic Infections (CROI) in Boston on March 5.

A new HIV infection during pregnancy or postpartum not only has negative consequences for the woman’s health, but also carries the risk of perinatal HIV transmission to her fetus or to her newborn through breastfeeding. Understanding the factors that affect HIV acquisition risk during and after pregnancy is critical to ensure that women receive the best HIV prevention tools at all stages of their lives.

Numerous behavioral, cultural and societal factors around the world potentially could increase a woman’s risk of acquiring HIV during pregnancy. For example, pregnant women may face heightened challenges when negotiating condom use with their partners. In some cultures, male partners of pregnant and postpartum women have more sexual contacts outside of the relationship, adding to the risk of HIV and other sexually transmitted infections. Intimate partner violence and relationship power imbalances also may contribute to an increased risk of HIV transmission.

Some, but not all, previous studies assessing HIV incidence during pregnancy have suggested that pregnant women may have a higher risk of HIV infection compared to non-pregnant women. To provide detailed information about the chance of an HIV transmission occurring each time a mixed-status couple has sex, NIAID-supported researchers at the University of Washington compared the probabilities of male-to-female HIV transmission per sex act among non-pregnant, pregnant and postpartum women.

The current study involved 2,751 couples enrolled in either of two HIV prevention clinical trials conducted in eastern and southern Africa—the Partners PrEP Study and the Partners in Prevention HSV/HIV Transmission Study. Women underwent HIV and pregnancy testing either monthly or quarterly, depending on which trial they were enrolled in. Each month, couples reported how frequently they had sex and whether they used condoms.

The findings underscore the importance of expanding HIV prevention and testing services for pregnant and postpartum women living in areas with high HIV prevalence to prevent sexual transmission of the virus and identify acute HIV infections. They support current World Health Organization recommendations to include HIV testing as a routine component of antenatal, childbirth and postpartum care and to offer HIV testing services to couples and partners.

In addition, the results suggest that the physiological changes that a woman’s body undergoes during and after pregnancy contribute to an increased risk of HIV acquisition. While additional research is needed to understand this biologic susceptibility, this observation stresses the importance of testing new HIV prevention strategies in pregnant women to ensure that they are safe and effective during pregnancy. To learn more about HIV prevention research, see NIAID’s HIV Prevention website.

This work was funded by the Bill and Melinda Gates Foundation, the University of Washington Institute of Translational Health Sciences and NIAID.

LM Mofenson. Risk of HIV acquisition during pregnancy and postpartum: a call for action. Journal of Infectious Diseases DOI: 10.1093/infdis/jiy118 (2018).