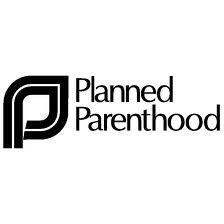 New York–(ENEWSPF)–April 1, 2013.  Planned Parenthood is kicking off the fifth annual GYT: Get Yourself Tested campaign in April (National STD Awareness Month) with online and on-the-ground initiatives across the country. GYT is a national campaign designed to promote sexual health and address the high rates of STDs among those under 25.
New data from the Centers for Disease Control and Prevention (CDC) shows that sexually transmitted infections are on the rise in the United States, especially among young people. There are now about 20 million new infections in the United States each year, half among the under-25 age group — despite being only 27 percent of the sexually experienced population.
“We urge young people to get tested for STDs this month. Call your local Planned Parenthood health center, or find us online, and come in to GYT – Get Yourself Tested,” said Planned Parenthood Federation of America President Cecile Richards. “Virtually all STIs, including HIV, are treatable and many are curable. Untreated STIs can increase the risk of infertility and cervical cancer. We encourage young people to start healthy habits that will enhance their whole lives. The sooner you know your status, the sooner you can get treated.”
During last year’s GYT campaign, Planned Parenthood health centers nationwide tested over 332,000 men and women. Planned Parenthood health centers offer low-cost STI testing throughout the year, and our doors are open to everyone. Every year, Planned Parenthood health centers provide nearly 4.5 million tests and treatments for sexually transmitted infections, including HIV.
To engage and empower thousands of young people to get talking, get tested, and protect themselves from sexually transmitted infections, over 260 Planned Parenthood-affiliated campus and youth events are planned for April.
“Getting tested is easier than ever before,” said Richards. “Once you know your status, you can take action to stay healthy and protect yourself against future STIs. We want everyone — women, men, and young people — to lead the healthiest lives possible.”
As part of the effort to create the healthiest generation ever, Planned Parenthood works every day to reduce the U.S.’s high rates of sexually transmitted infections through education, testing, and treatment.
The award-winning GYT campaign focuses on getting sexually active Americans under age 25 to embrace STI testing as part of a healthy, productive life. Launched in 2009 by a partnership between MTV, the Kaiser Family Foundation, and Planned Parenthood Federation of America, it is supported by a broad range of organizations, state and local health departments, colleges and universities, and other community groups and nonprofits. The U.S. Centers for Disease Control and Prevention (CDC) has provided assistance to ensure scientific accuracy of GYT’s health information. GYT public service messages air throughout the year on MTV channels alongside promotions by health centers and community organizations. Extensive information resources, including a dedicated website (www.GYTnow.org), provide information about common STIs, talking tips, and a zip code locator to find local testing locations. For information on testing at your local Planned Parenthood health center, visit www.plannedparenthood.org.

International Standards on drug Use Prevention