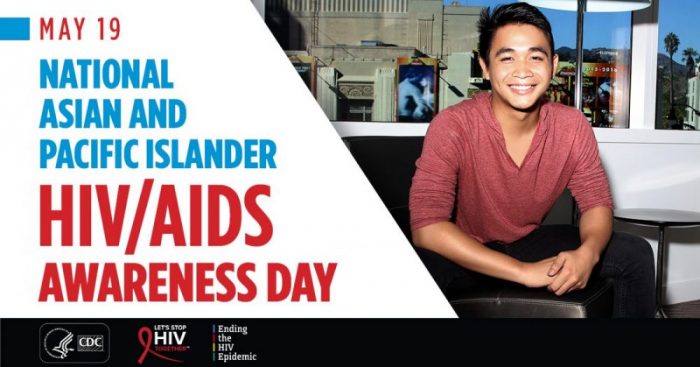 Asian Pacific Americans (APAs) are one of the fastest growing populations in the United States. The racial designation of Asian American is usually defined as “a person with origins in any of the original peoples of the Far East, Southeast Asia, the Indian subcontinent, or the Pacific Islands,”1 yet many Asian Americans are of multiracial descent,1 including 79% of Pacific Islanders, who most commonly also have other Asian ancestry).2 Although APAs made up only 5.6% of the total U.S. population in 2010,3 they demonstrated a growth rate of 72% from 2000–2015, the highest growth rate at that time among all major racial and ethnic groups in the United States.4 It has been projected that APAs will constitute close to 12% of the U.S. population in 2060.5 Additionally, APAs tend to cluster in major metropolitan areas, including San Francisco (23.2% APA), Los Angeles (14.7%), New York City-Philadelphia (9.9%), and Washington D.C. (9.3%).6

Although, on average, APAs fare well on health indicators, as compared with other racial minority populations,7,8 they show the highest growth rate in new HIV cases nationally (17%), with more than 80% of those new infections being in APA men, in particular men who have sex with men (MSM).9 For instance, in New York State, APAs were the only population suffering from a growing HIV epidemic between 2010 and 2013, whereas other racial groups experienced declining infection rates.10 Only 3 out of 10 APAs have ever been tested for HIV.11 The fact that more than one third of APAs develop AIDS within a relatively short time after being diagnosed indicates that APAs may not be receiving adequate care and treatment in time to prevent them from developing AIDS.11 As APAs often reside in metropolitan areas where HIV prevalence rates are generally higher,12 those areas, in particular, need to incorporate APA-specific interventions to curb the HIV epidemic. Notably, among the major racial groups, APAs have been documented to most frequently seek romantic partners outside their own group.13,14 If the emerging HIV epidemic among APA communities is not addressed, APA communities could become a hidden HIV reservoir, with individuals passing HIV to their sexual partners of other races. This could hamper national efforts to reach the 90-90-90 goal to end the AIDS epidemic.

In addition, the APALHIV population is one of the hardest to recruit for any health research studies especially HIV. As the Centers for Disease Control and Prevention has pointed out, limited research on Asian health and HIV infection means there are few targeted prevention programs and behavioral interventions for this population.15 Also, the reported number of HIV cases among APA may not reflect the true number of HIV diagnoses in this population because of race/ethnicity misidentification. This could lead to an underestimation of HIV infection among APAs.16 From our experiences closely working with APAs living with HIV (APALHIV) in New York, Los Angeles, and San Francisco, several issues affect their health and health care.

First, many of the APALHIV that we have encountered were immigrants. Their acculturation and perceived stress affect depression symptomology and treatment-seeking behaviors. One of our studies found that for those who had low or moderate acculturation to the host country, perceived stress was significantly mediated by depressive symptomology.17 Second, during our interviews with these APALHIV, many of them described how their “American dream” (self-actualization) was affected by their HIV diagnosis. Especially for those with low acculturation to the host society, depression is much higher, which can lead to impaired self-actualization.18 Third, acculturation had a positive total effect on patient-healthcare provider (HCP) relationships and was mediated by HIV stigma and stress.19 This study showed that acculturation is beneficial for patient-HCP relationships to the extent that it decreases perceived stigma and stress in APALHIV. Fourth, many of these APALHIV immigrants came to the United States via migrant smuggling.20 Very few papers have been written regarding the potential links between smuggling and infectious diseases, including HIV, for those smuggled. Some of these migrant Asian Americans living with HIV came to the United States because of the perceived potential for amnesty, based on the fact that many of their hometown pioneers had successfully journeyed to the United States and eventually obtained legal status. Unfortunately, the long and dangerous journey exposed the immigrants to health problems, including risk for HIV. Fifth, in coping with HIV-related challenges, the first line of support that APALHIV lean on is family support. We explored the dyadic aspects of family support among APALHIV and their family caregivers. This dyadic analysis indicated congruence in most supportive care; however, there were also dissimilarities in the support perceptions.21 Sixth, we explored the relationships among coping strategies, sleep disturbances, and HIV-related physical symptoms and learned that sleep disturbances directly affect maladaptive coping, and physical symptoms directly affect adaptive coping and maladaptive coping.22 Last, also in regard to coping strategies, we explored spirituality and religiosity needs in APALHIV.23 In that paper, we showcased several examples of how HIV-positive serostatus, immigrant status, family relationships, Asian American identity, and religious support or disapproval play varying and complex roles in the lives of APALHIV.

These studies demonstrated that APALHIV are dealing with life stresses that interfere with self-management behaviors. In addition, many APALHIV do not receive any mental health or symptom-management assistance, or even rudimentary counseling and education. This might be due to low English literacy, low acculturation, and lack of family support.24-26 These studies provided empirical information about the needs of APALHIV. Therefore, culturally sensitive family-centered self-management interventions should be designed and tested in order to provide a better quality of life for APALHIV.