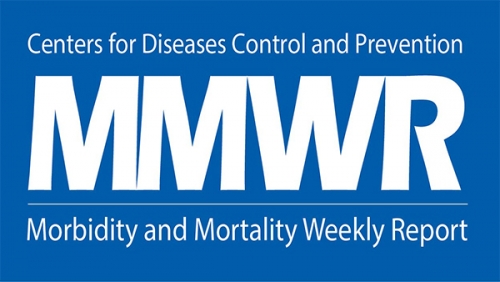 On November 1st, the Office of the Assistant Secretary for Health and the Centers for Disease Control and Prevention released a new Morbidity and Mortality Weekly Report (MMWR) article highlighting differences in U.S. opioid death rates by demographic and geographic characteristics.

Following is a brief summary of the article, “Racial/Ethnic and Age Group Differences in Opioid and Synthetic Opioid–Involved Overdose Deaths Among Adults Aged ≥18 Years in Metropolitan Areas — United States, 2015–2017.” 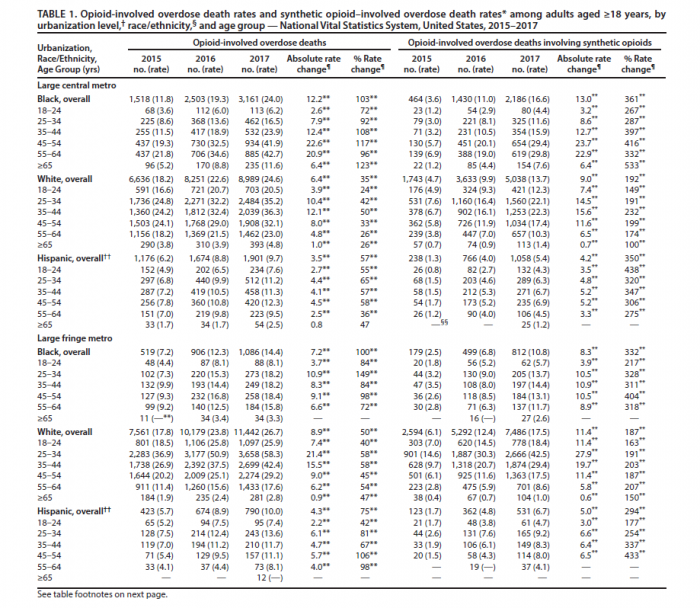 Summary
What is already known about this topic?

What is added by this report?

From 2015 to 2017, nearly all racial/ethnic groups and age groups experienced significant increases in opioid-involved and synthetic opioid–involved overdose death rates, particularly blacks aged 45–54 years (from 19.3 to 41.9 per 100,000) and 55–64 years (from 21.8 to 42.7) in large central metro areas. The increased involvement of synthetic opioids in overdose deaths is changing the demographics of the opioid overdose epidemic.

What are the implications for public health practice?

Culturally competent interventions are needed to target populations at risk; these interventions include increasing awareness about synthetic opioids in the drug supply and expanding evidence-based interventions, such as naloxone distribution and medication-assisted treatment.