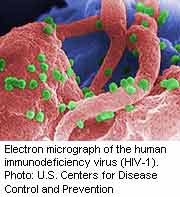 THURSDAY, July 10, 2014 (HealthDay News) — A Mississippi girl born with HIV who was thought to be cured by immediate and aggressive drug treatment has relapsed, with new tests showing detectable levels of the AIDS-causing virus in her bloodstream, disappointed federal officials announced Thursday afternoon.

The girl, now nearly 4 years old, had remained virus-free even though she stopped taking HIV medications when she was 18 months old. Doctors had hoped her remission would open the door to a functional cure for all children born with the virus.

But a blood test taken during a routine clinical care visit earlier this month uncovered detectable HIV levels in her blood. Additional testing found that the girl also had a decreased white blood cell count and the presence of HIV antibodies, both of which are signs that an actively replicating pool of HIV has established itself in her body.