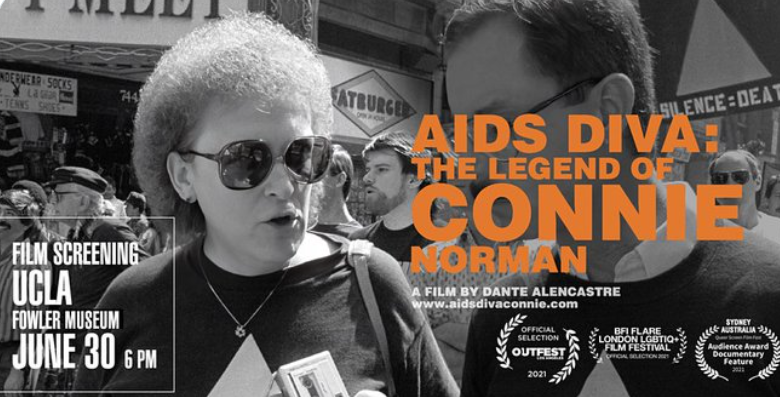 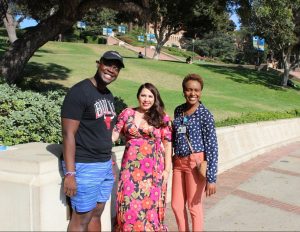 The “AIDS DIVA: The Legend of Connie Norman” film screening and advocacy panel was held on Thursday, June 30, 2022 at the UCLA Fowler Museum from 6 to 8pm.  The community event was planned and organized by the UCLA CHIPTS Community Advisory Board in partnership with UCLA Family AIDS Network, REACH LA, and Northeast Valley Health Corporation. The film was selected because it gave a historical overview of AIDS Advocacy in Los Angeles County through the life story of Connie Norman, a leader of ACT-UP.   The film aimed to motivate and encourage those in attendance to be ready to speak up about issues that improve prevention and treatment of HIV/AIDS as well as LGBTQ rights.

The hosts were thrilled to host 60 attendees – community members, students, and representatives from AIDS service organizations such as the Black AIDS Institute, JWCH Institute, Bienestar, Watts Health Corporation and more, to be inspired by a powerful documentary that brought LGBT rights and HIV Advocacy to the forefront.

The event was moderated by James Aboagye and Eddie Sanders, CAB Co-chairs of the CHIPTS CAB, a  group of community leaders and advocates, who advise CHIPTS scientists on research, dissemination of results and other activities that are relevant to the lives of diverse communities impacted by HIV/AIDS.

To learn more about the film, AIDS Diva, visit the website: https://www.aidsdivaconnie.com/