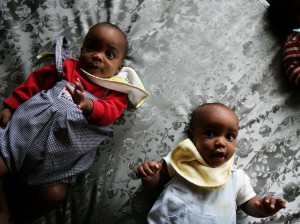 A 3-year-old girl born in Mississippi with HIV acquired from her mother during pregnancy remains free of detectable virus at least 18 months after she stopped taking antiviral pills.

New results on this child, published online by the New England Journal of Medicine, appear to green-light a study in the advanced planning stages in which researchers around the world will try to replicate her successful treatment in other infected newborns.

And it means that the Mississippi girl still can be considered possibly or even probably cured of HIV infection — only the second person in the world with that lucky distinction. The first is Timothy Ray Brown, a 47-year-old American man apparently cured by a bone marrow transplant he received in Berlin a half-dozen years ago.

This new report addresses many of the questions raised earlier this year when disclosure of the Mississippi child’s case was called a possible game-changer in the long search for an HIV cure.

“There was some very healthy skepticism,” Dr. Katherine Luzuriaga, a professor at the University of Massachusetts in Worcester, tells Shots. She’s part of the team that has been exhaustively testing the toddler’s blood and considering every possible explanation for her apparently HIV-free state.