Across the world, over 36 million people live with HIV, many in places where HIV/AIDS is unspeakable. So, how do you find love & marriage when you are HIV+?

In 1986, Dr. Suniti Solomon discovered India’s first case of HIV. But without medicines, she could only console patients who “other doctors weren’t even willing to touch.” She quit her prestigious academic post in microbiology and founded YRG CARE, today India’s premier HIV/AIDS clinic.

Fast forward 25 years: India now produces its own generic anti-retroviral medications, enabling Dr. Solomon’s to patients live longer – and face the pressure to marry. At 72, and in the twilight of her career, Dr. Solomon has taken on a new role: marriage matchmaker.

LOVESICK interweaves Dr. Solomon’s unconventional personal and professional journeys with the lives of two patients: Karthik, a reticent bachelor, and Manu, a bubbly IT professional who, like many women in India, was infected by her first husband. As Karthik and Manu search for love, they learn how to survive under the shadow of HIV.

Like other Indian matchmakers, Dr. Solomon matches by the religion, education, and income; but she also matches by white blood cell counts (CD4) and viral loads. For her, this isn’t just about romance – it is a way to stem the spread of HIV and fight stigma.

Eight years in the making, LOVESICK is a surprising portrait of modern love in the age of AIDS.

Watch the trailer below and catch a screening of LOVESICK at the 2018 Indian Film Festival in Downtown Los Angeles on April 14th at 3PM. 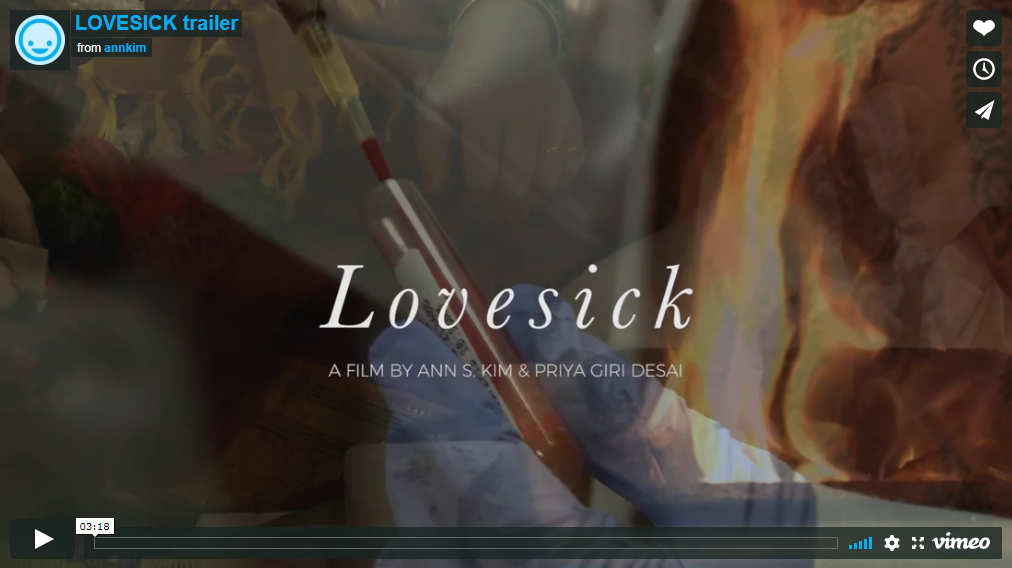