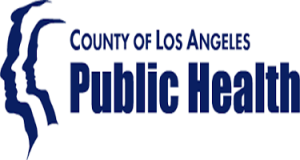 “The Protectors” Encourages Residents to Get Protected with PrEP.

“Despite significant progress in reducing HIV infections in LA County, HIV transmission stubbornly persists,” said Mario J. Pérez, MPH, Director for Public Health’s Division of HIV and STD Programs.  “There continues to be a disproportionate impact among African-American and Latino gay men and transgender women, and PrEP is one of the best HIV prevention tools to address the impact on those populations.”

Developed with input from a PrEP community advisory board, the animated superheroes reflect the specific target populations that the campaign intends to reach: transgender women and Latino and African-American men who have sex with men.

The LA County Board of Supervisors passed a motion that supported ensuring increased access to PrEP services for residents. Supervisor Sheila Kuehl introduced the motion in June 2015.

“Although we’ve made great progress over the years in reducing new HIV infections, HIV continues to exact a toll on many of our families and friends,” said Supervisor Kuehl. “I’m looking forward to this launch of a comprehensive education and awareness campaign aimed at those at highest risk for HIV who could benefit from PrEP.”

“PrEP has the potential to slash the rate of HIV infections amongst our most vulnerable populations,” said Supervisor Mark Ridley-Thomas, a long-time HIV prevention advocate. “It’s a resource worth knowing about. PrEP promises to play a critical role in finally ending the HIV/AIDS epidemic.”