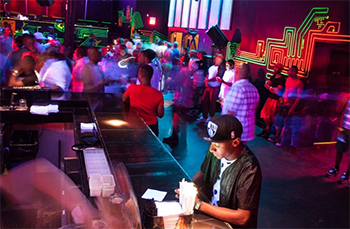 ATLANTA — In the early 2000s, a young researcher at the Centers for Disease Control named Greg Millett set out to solve an epidemiological mystery. Nobody could explain why black Americans, particularly black gay men, had such high rates of HIV infection compared to the rest of the population. How were they putting themselves in so much danger? What were they doing differently from everyone else?

Millett began with a survey of the published research, but that only seemed to raise more questions. Study after study seemed to arrive at the same conclusion: Black gay men take fewer risks in the bedroom than white gay men. They are just as, if not more, consistent about condom use and STD testing. They have fewer sex partners. They are less likely to abuse injection drugs. Despite all this, black men—gay, straight, or bisexual—are 6 times more likely than white men to contract HIV in a given year.

On AIDS: Three Lessons From Africa