The Affordable Care Act will broaden health care coverage for many of the 1.1 million Americans infected with HIV, especially those who live in the 25 states and the District of Columbia 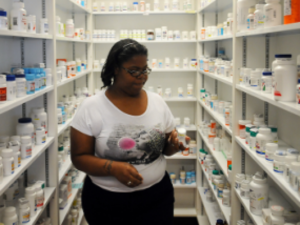 that have opted to expand Medicaid. In those states, the larger Medicaid programs will cover about 60% of the mostly uninsured patients currently receiving help from federal-state HIV programs.

Medicaid will cover all of their health needs, not just their AIDS/HIV treatments.

Nationwide, another 30% of the people receiving HIV services now will qualify for tax subsidies to help them purchase insurance on exchanges, according to data from the National Alliance of State & Territorial AIDS Directors.

As a result, state officials who run so-called Ryan White programs that provide health care and other services for HIV-infected residents are preparing for a major shift in the type of benefits they offer and possibly the level of future investment.