Scott Comulada, DrPh, is an Associate Professor-in-Residence at the UCLA Department of Psychiatry and Biobehavioral Sciences with a secondary appointment in the Department of Health Policy and Management. He is our Methods Core Co-Director and an Analytic Core Project Lead for the Adolescent Trials Network U19 (ATN CARES). One childhood hobby, in particular, hinted at his future career path in behavioral research and statistics. Scott was fascinated by insects at an early age, sitting and recording their behavior and travel patterns in a notebook in his backyard. It is worth noting a similar inclination towards entomology as Gary Larson, the “Far Side” cartoonist which may have also hinted at his aspiration for cartooning. He had a brief stint as a cartoonist for the Daily Bruin while studying biostatistics at UCLA that featured a main character named “Jae”. Rumor has it that the name was inspired by the Methods Core Associate Director (Sung-Jae Lee). Eventually, Scott realized it was much easier to be a researcher than to be funny on a regular basis. The rest is history. 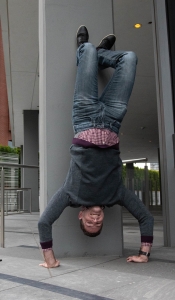 A career in public health was heavily influenced by Scott’s parents who always emphasized the rewards of a career in service, especially in the health field as Scott’s father was a dentist and his mother was a nurse. Scott’s public health service began as a statistician, pursuing graduate studies in biostatistics focused on longitudinal data analysis, shaped by collaboration on HIV studies that collected intervention data over time and Dr. Robert Weiss, one of his favorite mentors. While providing statistical support on large-scale HIV studies, Scott became increasingly interested in the data collection process. This led to his current research portfolio of projects that incorporate mHealth data collection systems and tools into behavioral interventions. Specifically, he looks for ways to improve mHealth systems to collect new types of data and provide new functionality to enhance behavioral interventions. Scott recently completed a pilot study in South Africa where an mHealth system was developed to monitor the linkage of newly-diagnosed people living with HIV (PLH) to care. The system prompted follow-up by community health workers when PLH failed to link to care. 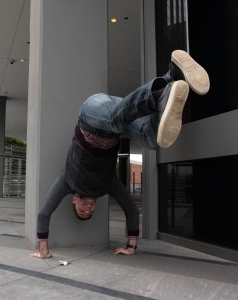 Outside of work, Scott enjoys spending time with his family, playing the piano, and staying physically active. One of his favorite hobbies is martial arts, probably for the same reason he is drawn to academia. New insight is gained and new skills are developed every time one trains. For his next portfolio of research projects, Scott would like to delve into lifestyle interventions that address physical, mental, and spiritual needs across multiple diseases. He is not sure what role he will play, perhaps as a statistician, mHealth expert, or budding interventionist. There are a few things that Scott does know: a foundation in statistics provides a fantastic foundation to “play in everyone’s backyard”, as aptly stated by John Tukey, a famous statistician. While this applies to data analysis, Scott sees a statistical background as a prerogative to play different roles. He also sees CHIPTS as a valuable gateway to cross-disciplinary research, infrastructure, and some pretty large backyards.