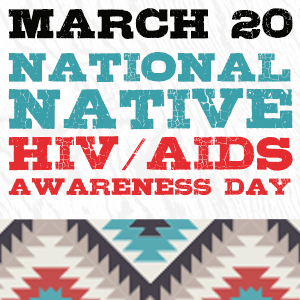 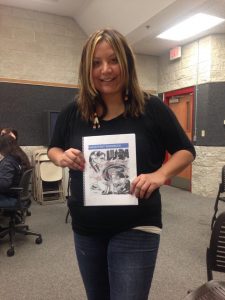 There are ~572 federally recognized tribes in the U.S. with each tribe possessing their distinct language and cultural practices. However, Natives possess similar cultural philosophies and worldviews. As an enrolled tribal member of the Navajo Nation, I recognize that Native culture is the forefront for prevention of physical and mental health disparities.

The literature review demonstrates that there is lack of HIV evidence-based interventions research for Natives despite numerous research studies in this research discipline. For a pilot research project, I adapted an evidence-based intervention, Becoming A Responsible Teen, for Native adolescents ages 14-18 years old using culture as the foundation. Below are some examples that were included in the adapted curriculum to demonstrate relationships to self, family, community and the natural environment in a cultural context:

“…Our Indian religion, the Great spirit; we’re thankful that we’re on this Mother Earth. That’s the first thing when we wake up in the morning, is to be thankful to the Great Spirit for the Mother Earth; how we live, what it produces, what keeps everything alive. I know my old father-died about twenty years ago, almost a hundred years old-he never neglected his thanks early in the morning when he’d be out and the sun came up, shining-that’s the eye of the Great Spirit…No matter what he’s doing, certain times, he looked up, just before it got into the middle of here in the sky-that’s the throne of the Great Spirit. When the sun got about there, noon, he stopped, just for a few seconds, gave thanks for the Great Spirit and asked to be blessed. Then again when the sun was going down, he watched that until it got out of sight. Those are the things I always think are wonderful when we’re talking about our Indian life.”

“The puberty ceremony may be interpreted as isolating symbolically four critical life-objectives towards which all Apache girls on the threshold of adulthood should aspire. These are physical strength, an even temperament, prosperity, and a sound, healthy-age. To understand why these particular life objectives are emphasized…consider their relation to other aspects of Western Apache culture, powers, the role of women in native economy, the conduct of interpersonal relationships, and the natural environment.…the puberty ceremonial not only defines longevity as a life-objective but also helps the girl attain it.”

Participants consistently stated that the Native content/activities helped them connect to the intervention because it was specifically made for their culture, helped them feel more connected to their self-identity, and connected culture to making responsible decisions. The participants consistently stated they enjoyed the cultural stories/teachings that were dispersed throughout the intervention. In conclusion, the results demonstrated that the participants liked the adapted intervention, connected to the activities, and felt it was overall culturally appropriate.