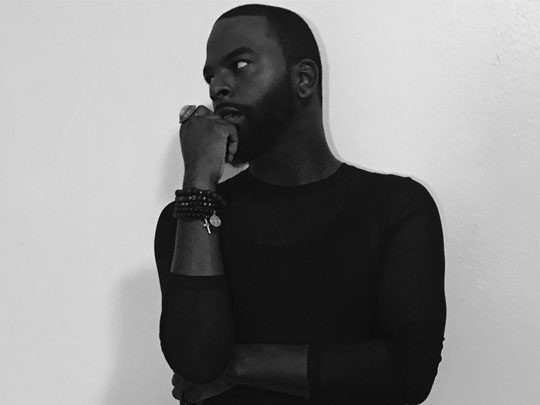 A Personal Perspective: PrEP and NBHAAD

Every day, I wake up and take a little blue pill that empowers me. It’s been nearly 3 years since I made the decision to start pre-exposure prophylaxis, better known as PrEP. PrEP is a daily pill that when taken consistently reduces the risk of acquiring HIV by over 90%. Over the years, I’ve learned some valuable lessons about taking PrEP that I’d like to share as we observe National Black HIV/AIDS Awareness Day.

Much like many other black gay/bisexual men, when I first began considering PrEP, I had awareness that PrEP existed but I didn’t have enough knowledge to make an informed decision about whether or not it was the right choice for me. Even with limited knowledge, I got motivated. My lack of knowledge would not be my Achilles heel. So, I researched reliable sources, engaged friends and colleagues who were taking PrEP about their experiences, and had a conversation with my primary care provider about whether or not PrEP was right for me. Though my primary care provider had some knowledge, he wasn’t comfortable prescribing the pill to me. He was able to refer me to an Infectious Disease (ID) provider within my network. After meeting with my ID provider, I found that asking questions to a provider who I trusted improved my understanding and quieted any fears I had about PrEP.

Providers can take steps to become more knowledgeable about PrEP through webinars, in-person trainings, and guidelines [PDF, 868 KB] provided by the Centers for Disease Control and Prevention (CDC). There’s even a PrEP line providers can call for guidance! There is also a free, accredited, online continuing education module for healthcare providers  about PrEP supported by the Health Resources and Services Administration’s HIV/AIDS Bureau.

The power of knowledge shouldn’t be limited to providers though. Patients have knowledge to share with friends and family as well as with their providers who, like mine, sometimes need to learn more about PrEP. Widespread lack of awareness of this powerful HIV prevention tool shouldn’t be the norm

Lesson #2: PrEP is an option, but not the only one.

CDC estimates that more than 1.2 million people are indicated for PrEP. Based upon Federal guidelines, recommendations include anyone who:

* Mutually monogamous means that you and your partner only have sex with each other and do not have sex outside the relationship.

No matter where you fit in, it’s important to recognize this: One size doesn’t fit all. In my prior work in HIV prevention and treatment, I’ve never told clients: “You should do this.” I’ve always been in the business of offering options, not directives. We have to understand that HIV prevention is a lot like a buffet. Equipped with knowledge about their options, people are free to pick and choose (or not choose) which prevention method(s) work for them. Some individuals are not comfortable with or confident about taking a pill everyday. That’s ok. Instead, they can choose to rely on condoms, treatment as prevention, or other effective HIV prevention methods. That’s ok, too. Do what works for you. I believe that no one should be shamed for making choices that empower them.

To see the other points that Jamal Refuge makes, visit the HIV.gov website here.

Los Angeles County HIV/AIDS Strategy for 2020 and Beyond